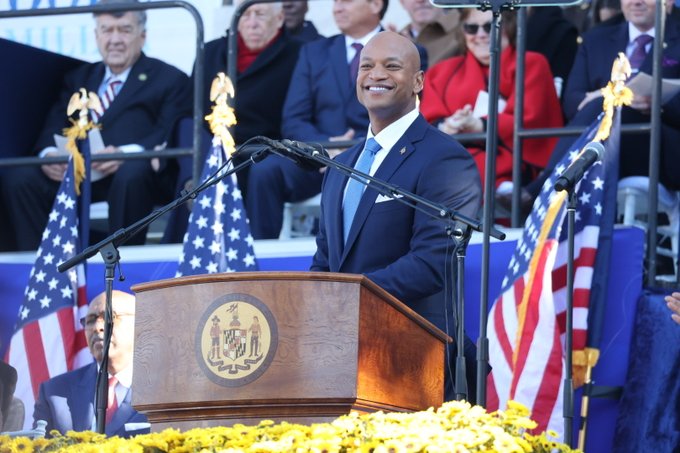 Wes Moore, a 44-year-old African-American democrat of Jamaican ancestry, was sworn in on Wednesday as Maryland’s first Black governor, promising to work for greater inclusiveness and economic fairness while also concentrating on enhancing education, battling crime, and combating climate change.

Following his introduction by Oprah Winfrey in front of the Maryland State House, Moore mentioned that the state is one of the richest in the country but also referred to it as “asset-rich and strategy poor.”

Moore added, “It is time for our policies to be as bold as our aspirations and to confront the fact that we have been offered false choices.” He noted, “we do not have to choose between a competitive economy and an equitable one.”

Moore, who triumphed in a resounding victory in November, pledged to curb violent crime. According to him, many Marylanders have lost hope in the capacity of the government to keep them secure.

Homicides in Baltimore, the largest city in Maryland, reached 300 for the ninth year in a row last year. Despite several promises from public authorities and fresh anti-violence programs, gun violence is still widespread.

It is possible, according to Moore, for the government to create the police force, “that moves with appropriate intensity and absolute integrity and full accountability and embrace the fact that we cannot and will not militarize ourselves to safety.”

“We do not have to choose between being a safe state and a just one,” Moore remarked. “Maryland can, and we will be both.”

After winning a competitive Democratic primary in July, Moore, who had never before held public office, defeated Republican Dan Cox, who had had the support of the late President Donald Trump, by a margin of more than 30 percentage points.

Best-selling author Moore formerly served as president and CEO of the Robin Hood Foundation, a group that fights poverty. He has experience fighting in Afghanistan and is a Rhodes scholar as well. 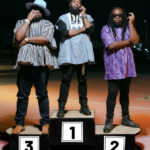 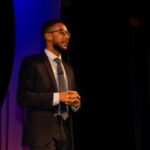