Brooklyn, N.Y. – New York State Senator Kevin Parker and A Shared Dream Foundation will hold the 19th Annual Tribute Concert, “A Shared Dream – Homecoming,” to honor the life and legacy of Reverend Dr. Martin Luther King Jr. After having been virtual for the past two years, the “Homecoming” tribute concert to Dr. King’s legacy will take place at the Goshen Temple of the Seventh-day Adventist in Flatbush, Brooklyn at 3 PM.

For 19 years, the A Shared Dream free MLK tribute concert in word, song, and dance has been a rite of passage for many Brooklyn residents to honor those who paved the way for the African Diaspora. This event is made possible through generous contributions from event sponsors and community groups. 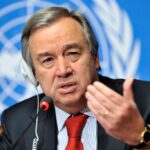 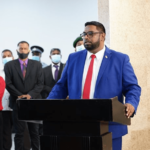