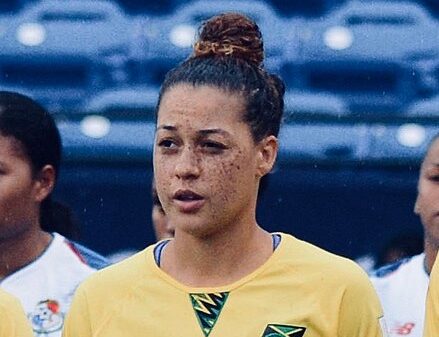 In an interview with FIFPRO, Asher discussed what it means for the Reggae Girlz returning to the world stage, diversity and representation at the Women’s World Cup, the power of the collective voice, and ambitions for a player union in Jamaica.

Asher is a member of FIFPRO’s Global Player Council.

Playing with The Rrggae Girlz and preparing for the Women’s World cup this year, Asher says they want to go as far as we can.

She says, “In 2019 we were an underdog. Now, I feel like we’re more of a dark horse. I hope we can show the world that we can ball and really compete against some of these powerhouses. We have a difficult group, but we believe in ourselves.”  Jamaica is in the same group as France and Brazil.

After the 2019 Women’s World Cup, Asher and other Reggae Girlz embarked on a social media campaign with regards to non-payment and the way women’s football was viewed then in Jamaica. The outcome was a showing of world support and payment resolution after the team adopted a No Pay, No Play campaign.

Asher has played club football in USA, Kazakhstan, Colombia, and Scandinavia, and from your experience feels the biggest thing right now, especially for the women’s game, is equal pay and conditions, to improve women’s football worldwide.

Asher started playing football at age 9, was taught how to play by her father, Kevin Asher, who is Jamaican. Asher ran track and cross country throughout high school, making repeated appearances to Nationals and Junior Olympics. Simultaneously, Asher played with Freestate United and would play in her school’s boys’ team during trainings.

Asher was selected for Jamaica’s 2019 FIFA Women’s World Cup squad. She made her World Cup debut during the team’s first group stage match against Brazil in Grenoble.

The Women’s World Cup is fast approaching with more teams than ever before set to compete. The ninth edition of the tournament will be co-hosted by Australia and New Zealand with a record-high 64 matches to be played across 10 different stadiums.

Concacaf Men’s Under-17 Championship: All You Need To Know 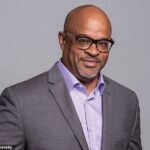 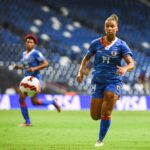