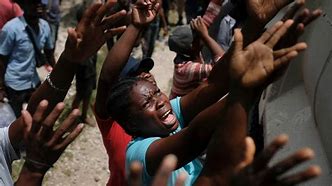 Every day as Daniel Marie Carmel’s husband donned his flak vest and headed out the door to engage in another day of gang warfare in Haiti, she pondered whether he would return that evening.

Ricken Staniclasse, her jovial spouse of 18 years, didn’t show up on Friday.

That morning, one of the nation’s roughly 200 gangs assaulted his police unit, causing gunshots to reverberate through the streets in an unlikely location: a mansion-lined section of Port-Au-Prince, the nation’s capital.

Police officers engaged a gang commanded by Lionel Lazarre while fighting in the oppressive Caribbean heat as they urgently pleaded for help. But according to the national police union, relief never arrived.

Three cops were killed in the firefight, a fourth was shot and hospitalized, and the 44-year-old Staniclasse went missing.

Carmel, on the other hand, was afraid for herself and their three kids.

The battle was only the most recent illustration of how Haitian gangs have increased their influence and authority, terrorizing a large portion of the populace.

The majority of Haitians on the street now believe that percentage to be closer to 100%, notwithstanding the United Nations estimate that gangs control 60% of Port-au-Prince.

Haiti has always been plagued with pervasive gang violence, but with the murder of former president Jovenel Mose in 2021, the nation descended into anarchy.

The political unrest and dissatisfaction with the present administration, which is led by Prime Minister Ariel Henry, have been used by powerful gangs to further their authority.

Many people were forced to evacuate their homes because the administration was unable to reduce the violence. Rapes, kidnappings, and ambushes on police are becoming commonplace news stories.

The attack-related police unit’s director, Jolicoeur Allande Serge, claimed that the Friday blitz in the Petion-Ville neighborhood was evidence of such. Moving into affluent neighborhoods “benefits (the gangs’) economic interests,” he said.

Such armed organizations have received a significant portion of their funding via kidnappings and ransoms as high as $1 million.

Police departments are having trouble keeping up.

Although armored vehicles and other equipment have been provided to Haiti by Canada and the United States, law enforcement authorities claim that this amount is far less than what is actually required.

On Saturday, tensions were still high as Serge stood among a group of armored vehicles that had been shot at. Officers with automatic guns and black masks over their faces moved around.

In order to attempt to break through a gang roadblock and look for the missing cop, Staniclasse, a party of 50 officers was going back to the location where they had battled on Friday night.

“I lost three men … We’re not scared. We’re frustrated because we don’t have enough equipment to fight,” Serge stated as he observed a line of police cars leave the station. “We need ammo, helmets, armored vehicles.”

Analysts predict that the carnage will worsen, particularly since Haiti’s last 10 elected senators completed their tenure in early January, leaving the parliament and presidency vacant because the government has not held elections to fill those positions.

According to critics, this has made Haiti a “de-facto dictatorship.”

People like Daniel Marie Carmel are experiencing a loss of hope for their nation. Carmel said her husband had always wished he could contribute to the upkeep of his hometown. They created a house and a life together. Their 11-year-old kid had aspirations of being like his father.

She praised her spouse by saying, “He loved people, he loved to help people.”

However, two years ago, neighborhood violence started to worsen to the point that they sought a visa to immigrate to the United States in an effort to leave Haiti and join an exodus of people. They never heard back.

She added, “I don’t know if he’s alive or dead, but I’m worried.”   She remarked, “If we were able to leave the country, my husband would be alive.” 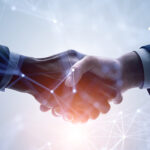 Jamaica – Greater Security Collaboration With US
Next Article 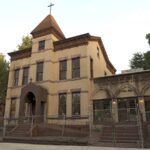