Ambassador Richard Bernal was a true patriot in every sense of the word. Ambassador Bernal worked for his country and his region on many levels and for many causes. Ambassador Bernal, 74 at the time of his death, served as Jamaica’s Ambassador to the United States from 1991 to 2001, simultaneously holding the post of Permanent Representative to the Organization of American States (OAS).

He was a member of the Board of Directors of the Inter-American Development Bank (2008-2016) and a Chief Trade Negotiator for the Caribbean Community (CARICOM).

He had responsibility for trade negotiations for CARICOM as the Director-General of the Caribbean Regional Negotiating Machinery (RNM) for eight years.

He was always well equipped, knowledgeable, always prepared, very diplomatic, but very mission-driven. For ten years as Jamaica’s Ambassador to the United States, he propelled Jamaica to be noticed and respected internationally.

Jamaica might be a small country by size, but Ambassador Bernal gave it a big voice in the corridors of Washington and among the very high diplomatic and rich countries. Jamaica earned respect and influence in a city full of influential players.

Ambassador Bernal was noticed for his ability to position Jamaica and the region in a way to achieve breakthroughs that would not have happened otherwise.

Amb. Bernal was never reluctant to be a part of forums, conferences, or discussion around those issues that were pertinent to his duty as an ambassador and his own skills in so many other areas. It was just a delight to be engaged with him and to see how deeply he felt and committed to his duty as ambassador.

His list of achievements while being Ambassador are well known and well documented.

From the area of free trade areas of America onto the World Trade Organization and the various global economic issues Ambassador Bernal was never behind. He was there. In all instances with Jamaica, solidly in the thick of things, never one to shy away from the issues or circumstances. He was always in a positive way, pushing the interest of Jamaica and the region at all times within the diplomatic framework and without.  Ambassador Bernal was not afraid to be out with community organizations and community news. He reveled in being engaged and involved within the diplomatic areas but also, cultural and diaspora issues.

He was clearly an effective Ambassador for Jamaica and set the stage and the model for respect the subsequent ambassador has gotten in this role. Richard Bernal was the original and certainly the trailblazer when it comes to the diplomatic representation of Jamaica, and for that matter, any Caribbean country.

Of course, he went on to do so much more at the regional level using his skills and knowledge, and that’s also well documented. He became a shining star at the University of West Indies. He is written several books, expressing his full depth of knowledge and scores of articles providing a body of work that will continue to serve Jamaica and the Caribbean very well moving forward.

It will just last November that Richard Bernal shared the session at the Carib News Conference on international trade, presented by the PJ Patterson Center of the University of West Indies, and he chaired a session in such a way that you could get a good flow of understanding around the issues that impacts countries like Jamaica, and not only Jamaica but frontier markets are faced with and how some of these challenges can be met.

And so, we had the real pleasure of its expertise along with that, or former Prime Minister PJ Patterson taking us through what needs to be considered as we look towards economic growth. We appreciate, so much, Richard Bernal and what he has done for Jamaica, the region, and certainly the relationship we had together with Carib News both in his role as Ambassador and subsequently in his various projects. He will be missed is so many ways but thankfully we have his work to continue to guide us.

We wish to express our sympathies to his dear wife and partner Margaret Bernal, who was such a strong partner for Richard in both his diplomatic role and all his achievements after and that she has played.

We offer I sincere condolences to Margaret Bernal and his family.

We thank Ambassador Bernal for his service to Jamaica and the Caribbean.  May He Rest in Peace. 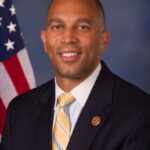 Amid the Chaotic Speakership Debate in the House, A Star is Born
Next Article 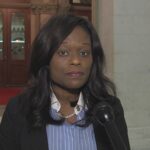